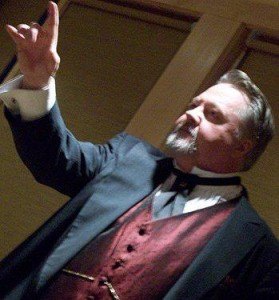 Witness the classic tale of A Christmas Carol come beautifully to life as actor J.T. Turner portrays Charles Dickens and every single character from the story in this acclaimed one-man, 90 minute show (brief intermission). Dickens was famous for bringing his A Christmas Carol to life for audiences every year and this version brings all the drama, comedy and redemption as Dickens had originally written it. Join us and celebrate the season!